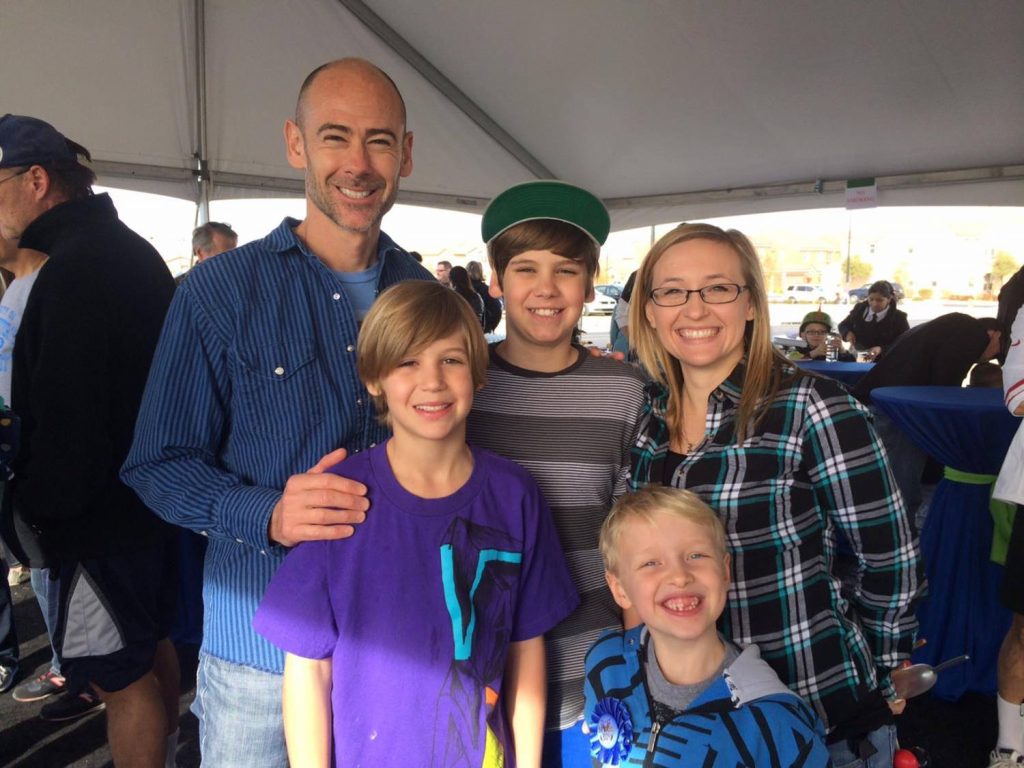 Just seven years ago, Michelle Haid and Andrew Hunt were moving into a brand new community in southern Nevada. Their family saw the potential of Inspirada, and today, they are thrilled with the realization.

Hunt and his family attended the January 2014 groundbreaking of two Henderson parks, Potenza Park and Capriola Park. At the event, Hunt; his partner, Michelle Haid; his sons, Gavin and Gabe; and Michelle’s son, Wyatt, (pictured) were celebrating Wyatt’s seventh birthday. Now, he can use one of his presents, a Furby skateboard, at the new skate pavilion, opened on Oct. 4 at Super Saturday at Inspirada.

“We moved here for the Henderson parks and community spirit,” said Hunt.

Residents since October 2007, Barbra and Chad Konrad were also sold on Inspirada’s new urban lifestyle and planned parks. The community was so new that few models were available for the couple to tour. But Barbra’s parents live in Anthem, and they had driven past the planned area for Inspirada so many times that they were thrilled by the time it was ready for residents.

“We were completely sold on the whole idea of Inspirada,” Barbra said. “It was a very tight-knit community in the beginning, and we knew everyone who lived here. Then the recession came, and it was kind of slow for a while. It’s very exciting to see the community growing again.”

The Konrads attended Super Saturday at Inspirada, toured the new models and explored the new Henderson parks, which Barbra called “just beautiful.” Even though the community is welcoming new homeowners, she is confident it will remain tight-knit, thanks to the homeowners’ association team that is helping committees with events and groups to keep residents connected. Barbara sits on the social committee that enables Inspirada to grow together.

“We’re really happy here. We absolutely love our neighborhood,” she said. “It’s not the traditional Las Vegas community where you’re staring at garages going down the street. It feels like you’re home. We’ve been here for seven years and still love it.”

How to Create a Dog-Friendly Backyard